REAch2 Academy Trust is a charitable voluntary organisation, which relies on the valuable input of a considerable number of non-executive volunteers, supported by an experienced team of staff. Due to the size of the organisation and the number of schools for which it is responsible, coupled with its drive for accountability, it is also a complex organisation with various important elements of governance.

Effective governance in our large Academy Trust is supported by the following:

The Trust Board delegates authority to the following key groups in order to ensure the effective leadership and governance of the Academy Trust:

Local Governing Bodies for each Academy

In September 2019 a Cluster based Governance model was introduced. With two Directors of Education, each Cluster is led by a Deputy Director of Education.

The relationship between the Trust Board, the Executive Team, the Cluster Boards and the Local Governing Bodies is characterised as a partnership to realise a common vision and a common purpose.

In the case of the Trust Board, Cluster Boards and Local Governing Bodies governance the relationship is also based on the principles of:

The Scheme of Delegation and various Terms of Reference provide clarity as to the responsibilities of the different groups and who the decision makers using a Responsible, Accountable, Support and Consulted methodology. Effectiveness of management and governance is supported through clarity over who holds the decision-making responsibility and who supports and advises the decision makers.

The Local Governing Body (LGB) meets at least once per term, with smaller committees convened when required.

The governing body can be contacted by email at Kerrie.McGrory@spritesacademy.org or alternatively, in writing.

The Chair of Governors is Kerrie McGrory

Members of our Governing Body:

More about our Governing Body members 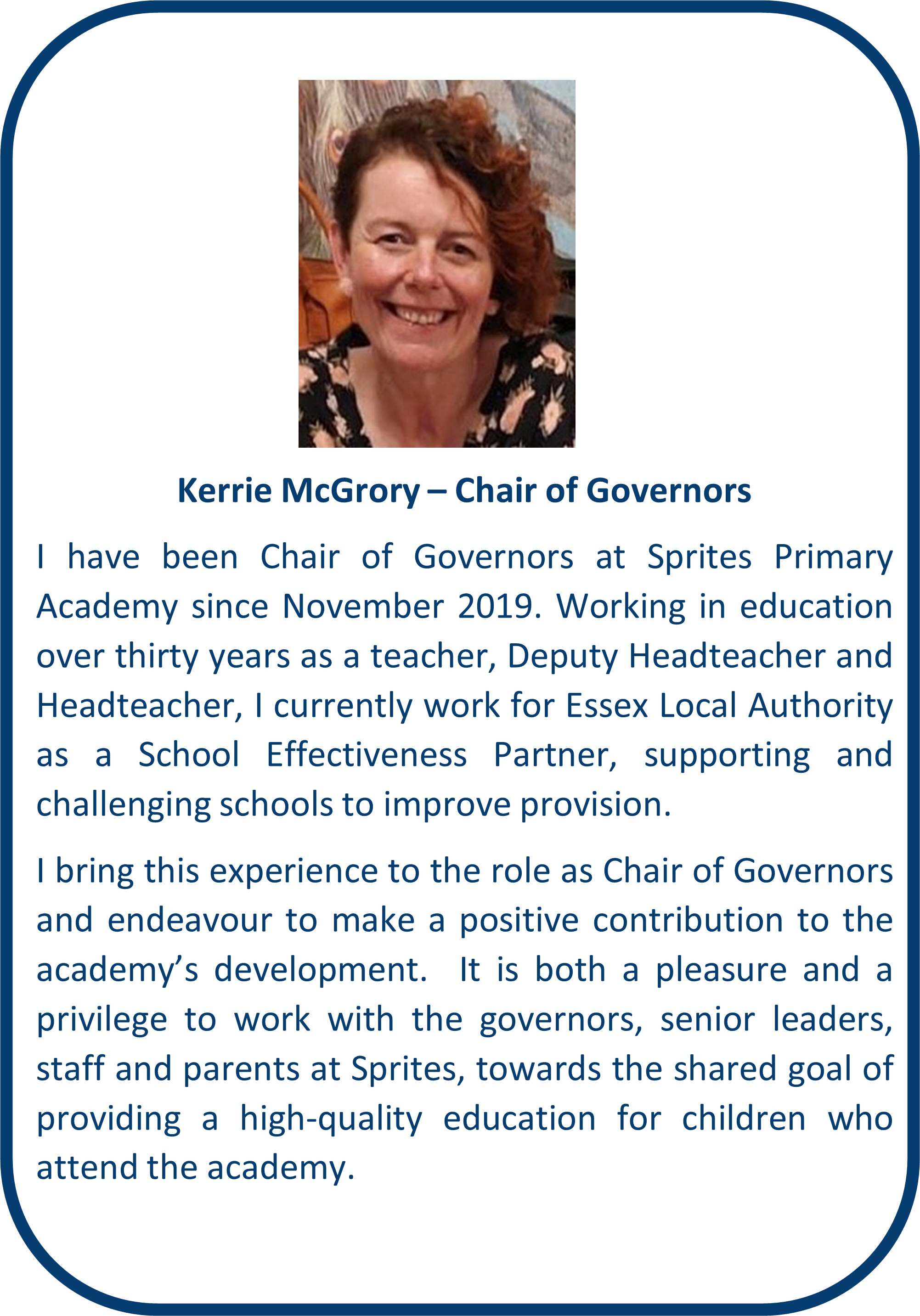 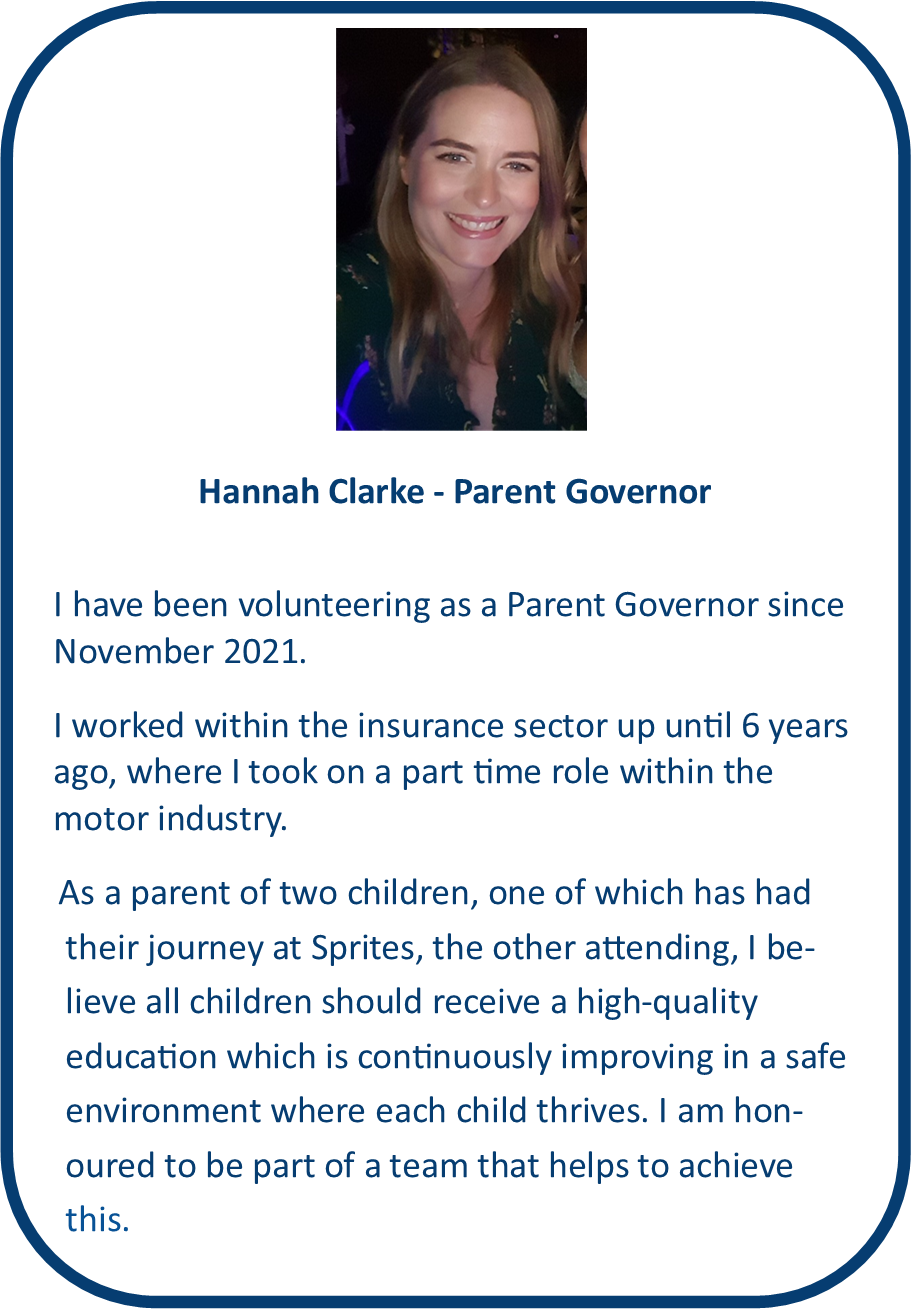 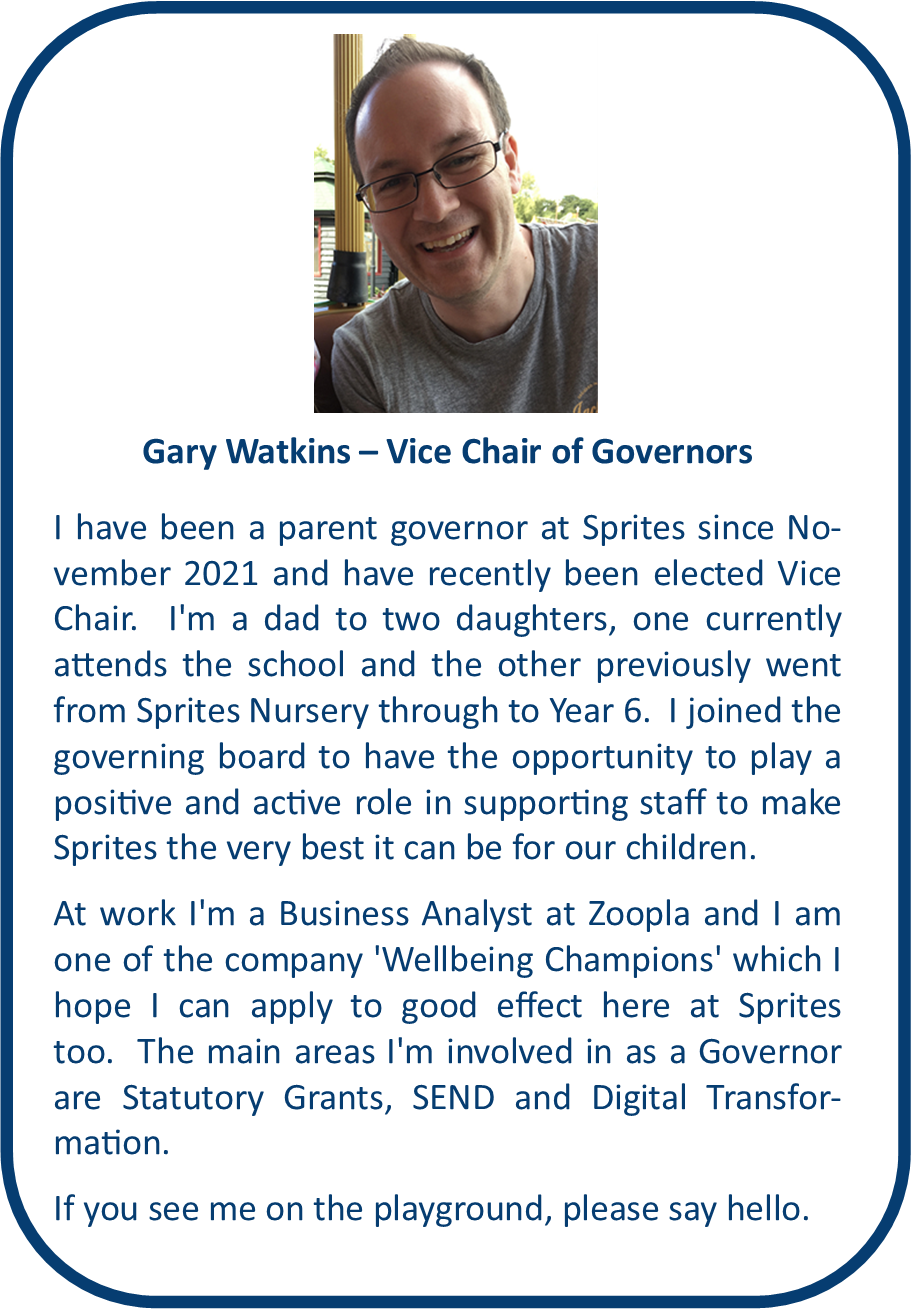 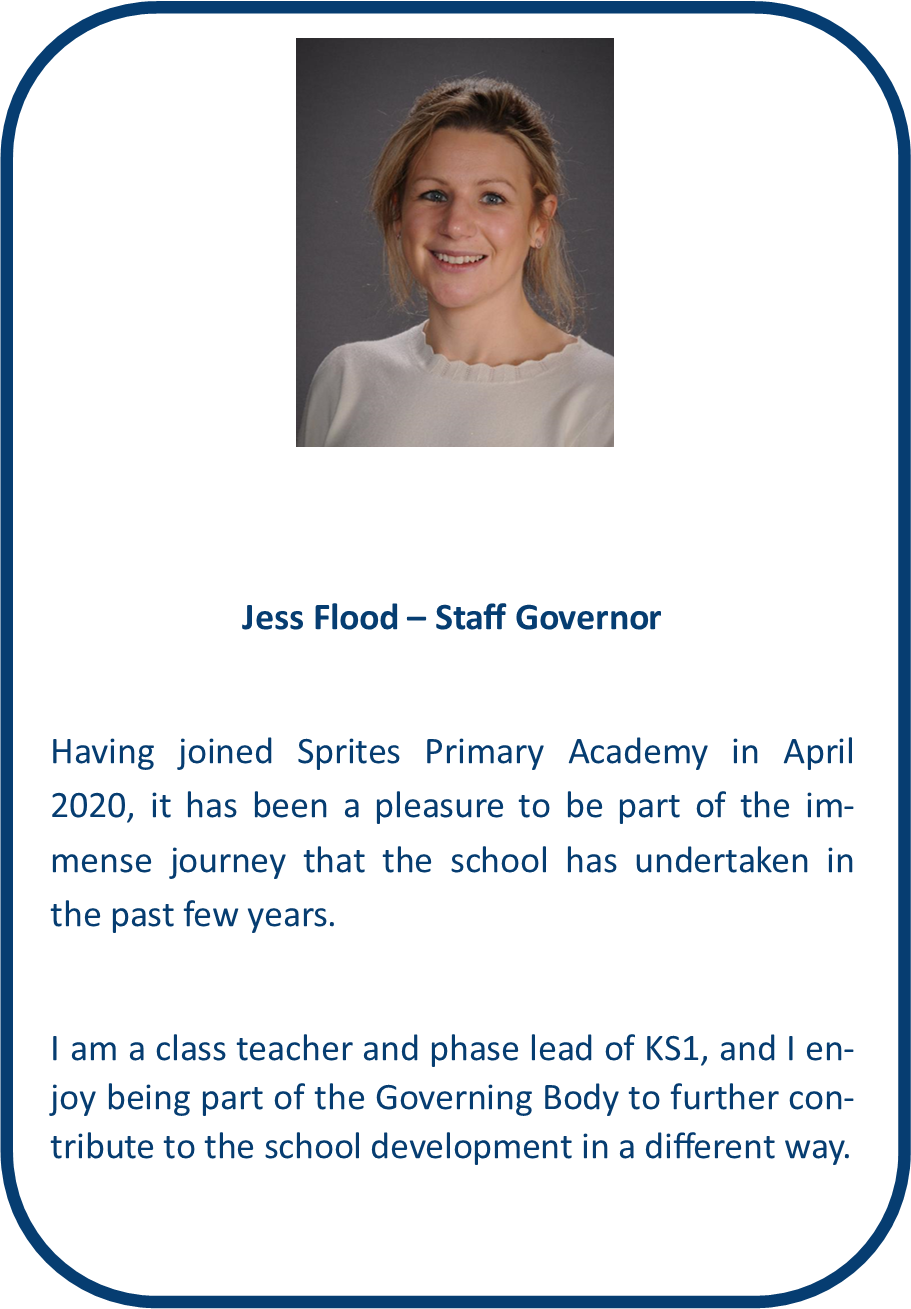